Here, I introduce retro games that run on NEC PC-9801.

Wizardry is a masterpiece of Role-playing games. It was born in 1981, but young game players will know the title of this game. Wizardry is a game made in the United States, there is Japanese version. I still believe there is no better RPG than Wizardry.

The first story, "Proving Grounds of the Mad Overlord," is a dive into the dungeon to defeat Werdna. First, you need a pencil and graph paper to start this game. Young game players will have never done mapping. Maybe they don't know the graph paper. To explore Wizardry dungeons, you need to create your own maps. This dungeon is a 20×20=400 square with 10 floors underground. It is a very difficult task.

Most RPGs can be restarted from the save point if they die. But Wizardry is not so easy. If the party is annihilated in the dungeon, members will be dead there. To recover the corpses, another party must dive into the dungeon. Rescue operations are extremely difficult if they were annihilated deep in the dungeon. Even if you could rescue, their equipment may have been lost. Also, the corpse may not be found. That's why Wizardry is such a difficult game.

◆～ Fear of turning into ashes ～

There is another fear of Wizardry. Reviving the corpse requires the magic of a priest or temple. However, resuscitation magic sometimes fails. If unsuccessful, the corpse will turn into ash. If the resurrection magic fails again here, the party members will be LOST. "LOST" means completely lost. This is Wizardry's fear.

Wizardry does not have a save function. When an event such as a battle occurs, the data is automatically saved. That is, the auto save function works immediately after the party is annihilated or the party member is lost. The way to avoid this is with the reset button. Of course, this is not the right way. I cleared the game without using the reset button. But it took so much time!!

If you defeat Werdna, you will clear the game. However, even if you clear the game, you can continue the game. The second goal is to get all items. If you are still unsatisfied, aim for level 1000. I achieved level 1000 in second story "Knight of Diamonds".

I spent a lot of time playing this game. I'll add more details of this game to here in the future. 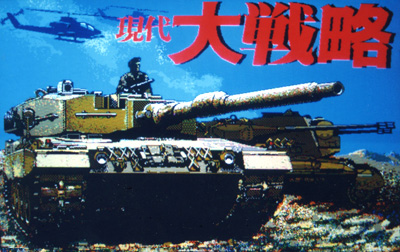 "Daisenryaku" was a revolutionary strategy game. "Daisenryaku" is a game developed by Japanese "System Software" for NEC PC-9801 in 1985.

The map of "Daisenryaku" is hexagonal. At that time, there were board games using hexagonal maps, but not PC games. 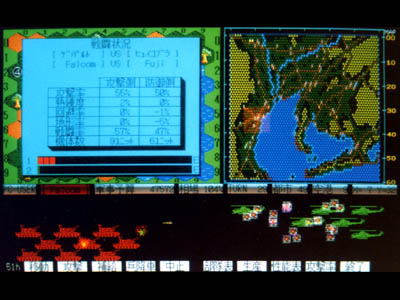 "Daisenryaku" has an "experience" game element like RPG. Units that have just been made are Level E, but when they grow up they become Level Ace. For example, A-10 units of Level Ace have a high probability of annihilation enemies on the ground.

Attack success rate is calculated from attack rate, evasion rate, terrain rate, and experience points. However, no matter how weak the unit is, there is a 1% chance of hitting. Therefore, in rare cases, infantry can kill an F-16 with a machine gun. Unbelievable....... 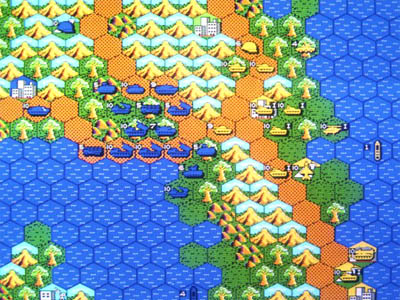 I was using NEC PC-9801m2 at that time. The CPU was an Intel 8086 and the frequency was 8MHz. The current mainstream CPU is 3GHz, so even if it is simply calculated, it is 375 times faster. At that time, playing in four-country mode would take about 1-2 hours per turn on the CPU side. It could take several days to clear a large, challenging map. 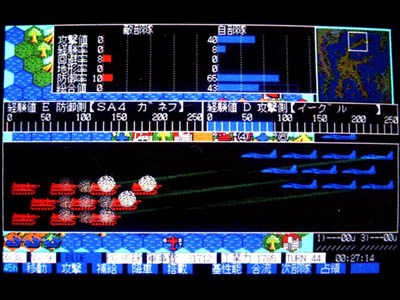 "Daisenryaku" can PvP. However, there was no Internet at that time. Therefore, players gather in one place and play. In PvP, the match time is long and the match is not always finished. The first "Daisenryaku" had no reconnoitering operation, so all opponent units were visible. The ability to easily recover damaged units was another reason. These issues have been improved with a later release of the "Daisenryaku". 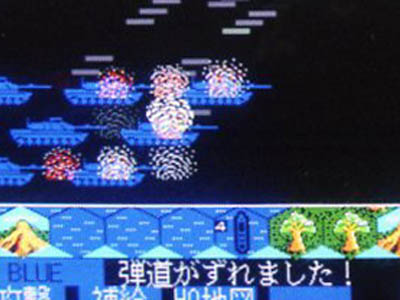 Indirect attack(Ranged attack), Transport squad, Fleet, Combining units, Aerial refueling, Bombing.... The "Daisenryaku" game has evolved. Map construction was also implemented early. There were not only turn-based game but also real-time game in this series. You could a nuclear attack with a secret trick. In addition, the appendix of the game magazine contained data on the giant tank for this game. 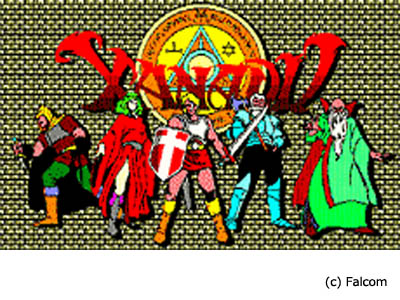 Like Wizardry, one of the best RPG is XANADU. At the time, all the famous RPG, such as ROGUE, Wizardry, Ultima and Black Onyx, were foreign products. XANADU was a long-awaited domestic game for Japanese game players.

As stated above, Wizardry is a very difficult game. And XANADU is difficult game too!! First, the number of monsters and items in this game is limited. In other words, if you use high level items from the beginning of the game, you may not be able to clear the game. Next, XANADU has an automatic save function like Wizardry. Therefore, game data may be saved against your intentions. Finally, this is real-time game. Therefore, even just standing still makes a player hungry and needs food. To clear this game on your own, you need mapping, just like Wizardry. I cleared this game on my own, but spent a great deal of time. To clear it yourself, you need to start over and over. I think that no one can clear this game once.

◆～ Items with a limited number ～

In this game, the last trap is set. First, the last boss is not easily found. The text I wrote so far has a hint to release the trap. If you play normally, you will not be able to clear this game for a lifetime.

Second, the last trap may cause you to be unable to clear the game. In other words, even if you meet the last boss in the last tens to hundreds of hours, you may not be able to continue the game at that moment. I got into this trap and started the game over from the beginning after I met the last boss. It tastes unimaginable despair. 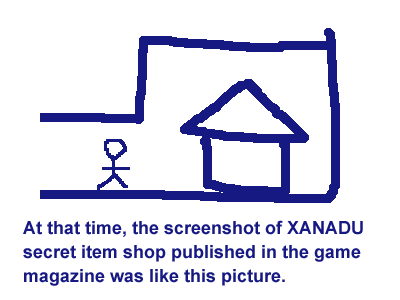 ◆～ Where is the secret magic item shop? ～

There are various secret contents in this game. For example, if you name a player at the start of the game with a specific name, bonus status points will be added from the beginning. Everyone knew this trick because it was published in a game magazine.However, one of the mysteries that had not been solved for a long time at that time was the location of the "Secret Magic Item Shop".However, one of the mysteries that has not been solved for a long time is the location of the "Secret Item Shop". A screenshot of a secret magic item shop was published in a game magazine, but the location of the store was not disclosed. The screenshot published in the game magazine was like the picture on the left. I worked with my friends and finally found a secret shop! If you find this secret shop, you can purchase important magic items to get very strong weapon.

XANADU, like Wizardry, received a clear certification from the manufacturer when I cleared the game. The serial number of the clear certificate I received was a very small number. I think this is still sleeping somewhere in my parents' home. 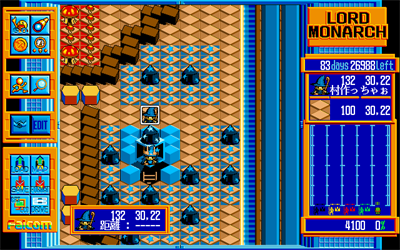 "Lord Monarch" is the one of the domination game (encampment battle game). In this game, if you clear the stage, the remaining days in the game will be carried over to the next stage. At that time, the game magazine "POPCOM" had a contest for this number of carried over days. The contest was a very hot battle and required more than 100,000 days carried over to be ranked higher.

Many other great games have been born. RoadRunner, Black ONYX, Okhotsk-Ni-Kiyu(Lost in the Okhotsk), Nobunaga-no-Yabou(Nobunaga's Ambition 16 countries version) and more. 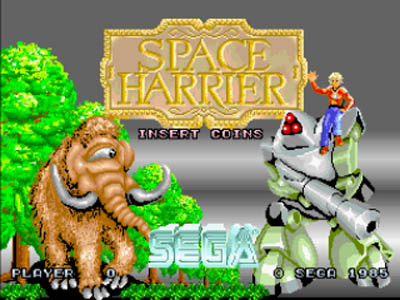 When I first saw "Space Harrier" at the amusement arcade, I was very surprised. Beautiful screen! Cool BGM! Since then, SEGA has produced many game music. Game music is introduced on another page. 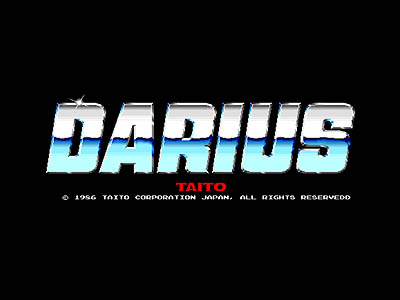 One of the masterpiece games released by TAITO is DARIUS. At that time, the three screens arranged side by side were shocking. The first shipping version was a difficult game.

I bought a Consumer Game quite late, and the Super Nintendo Entertainment System was the first. Then I got Sega Saturn, Play Station, Dream Cast, Play Station II. 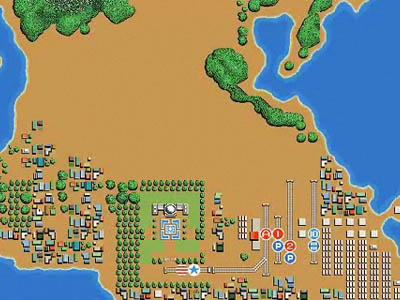 In 1985, the railway company's management game was innovative. The first version released was a cassette tape version of FUJITSU FM-16β. I went to my friend's house and played this game.

The objective of this game is to "lay a railroad from the west coast to the east coast of the continent and run the presidential train".

This game contains puzzle-like elements. A field spreads out in front of the east coast, blocking the way of A-Train. Therefore, players need to gather passengers, cultivate fields, and then lay tracks.

FUJITSU's PC was unsuitable for real-time games, because the event does not occur when you take your hand off the keyboard. If this is compared with javascript, the keydown event will occur, but the keyup event will not. To stop the A-Train that started by pressing the numeric keypad, it was necessary to press another key again. By this specification, this game was both a simulation game and an action game. Until the player became accustomed to this operation method, accidents often occurred and the game was over. A later release of the version for PC-9801 solved this problem. 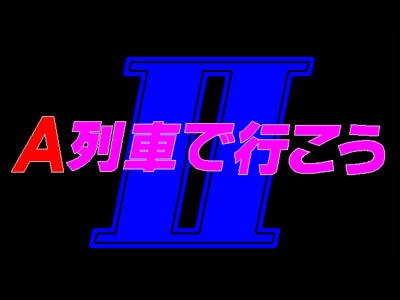 The content of "Take the A Train 2" has been moved to another page. 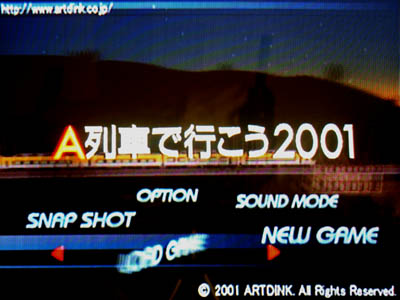 For a long time, this game has only been released for PC software. For the first time in 2001, the game for PlayStation "Take the A Train 2001" was released. 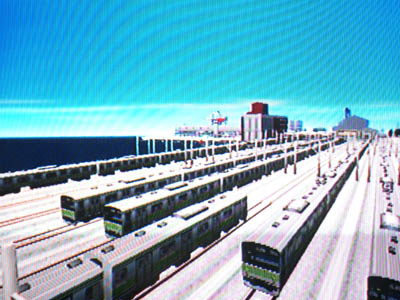 With the release of the PlayStation version, image quality has been dramatically improved and the game has evolved dramatically. 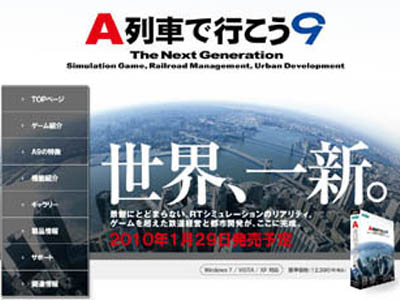 The content of "Take the A Train 9" has been moved to another page. 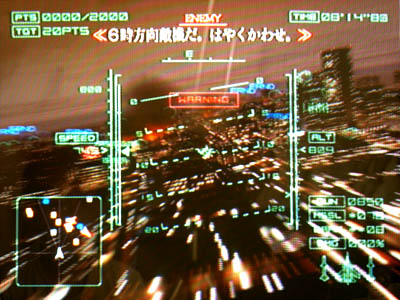 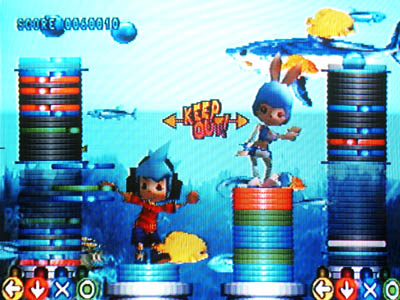 Rhythm game (music game) became popular in Japan in the 1990s. Beatmania, Dance Dance Revolution, Pop'n music, and so on. One of the slightly unusual rhythm games was "PacaPaca Passion". At first it was a game for the amusement arcade, but later the PlayStation version was released. This game has some hardcore fans. 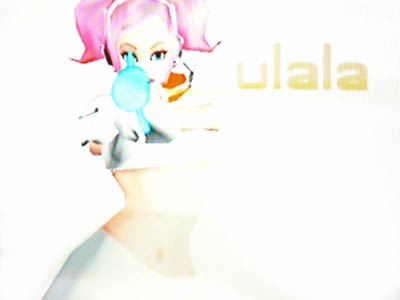 "Space Channel 5" is another famous rhythm game (music game). Many of the songs used in this game are good, including "Mexican Flyer". 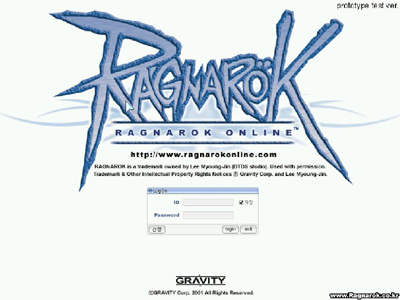 I have been playing "Ragnarok Online (RO)" since the beta test era in 2002. RO is a net game at the dawn of MMORPG (Massively Multiplayer Online Role-Playing Game). When I started this game, it was just after the third Iris server opened. My play diary during the beta test is published on a another page.

Unauthorized copying and replication of the contents of this site, text and images are strictly prohibited.